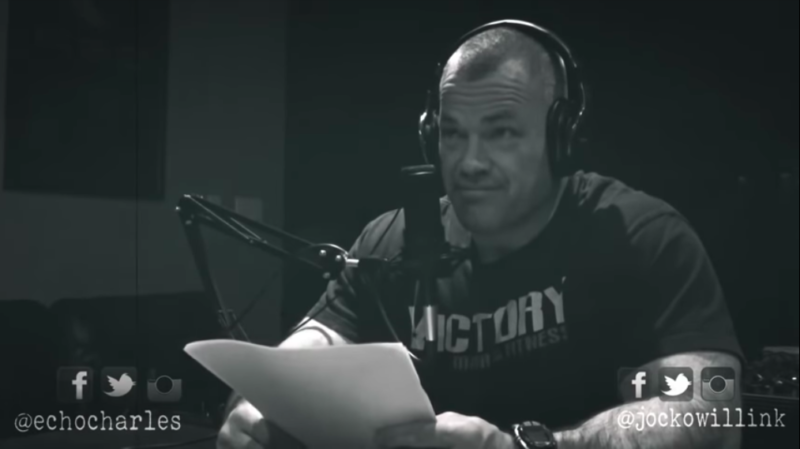 Most people have the misfortune of working under a poor leader at some point in their career. It can create a host of issues ranging from unhappiness to even forcing you to leave your job.

If you are struggling with working with a bad manager, consider the advice from someone that knows a thing or two about leadership.

Jocko Willink is an US Navy veteran who reached Lieutenant Commander rank before transitioning to an outright superstar in the self-help world. Since retiring from his decorated military career, Willink wrote the best-selling “Extreme Ownership: How U.S. Navy Seals Lead and Win” and appeared on some of the biggest podcasts before starting his own podcast.

When asked how to deal with a poor leader, Jocko explained how it’s a common question and referenced how he recently answered it. The story was about how a new manager had come in and the person resented the new manager’s leadership ability as well as their skill level in the industry.

“You need to set this up to make the new manager look good.” says Willink.

This is not how I expect most people would advise you.

“Make some adjustments to the words you are choosing, the tact you are taking, and the focus you are using to ensure that your changes make him look good, not bad.”

He goes on to explain how counter-intuitive this thinking is to most people. Generally, if someone comes in above you and you think you are smarter and better than this guy, your ego takes over and makes you want to bring him down to prove that you are better.

“This is wrong.” says Willink.

“Somehow, let the ideas come from him, or make him the approver of some of the aspects he can handle. Go out of your way to make it easier for this guy. Give him credit. It’s your ego that wants to pull him down. Put your ego in check. Help him without being condescending or acting like you know more than him. He shouldn’t even know you are helping him.”

Now, having worked under some terrible managers in my time, this advice sounds incredibly difficult. But according to Jocko, the goal here is not to satisfy your ego, but to build a relationship.

“You don’t want an adversarial relationship with this leader. You want him to support and help you. He will do that if you are making him look good.”

He goes on to explain, rightly so, that you aren’t going to win the battle against a poor leader. They are your boss, and building a relationship with them is the only way to succeed.

“If there’s someone you don’t respect, you gotta build a relationship with them. Regardless of the situation, the solution is the same. Build a relationship of trust. Help them. Build them up. Take a backseat. Let them take credit. It’s all those things. And once you do that you’re going to have much better results.”

Watch the whole conversation at https://youtu.be/hp4hvVZFnfg.